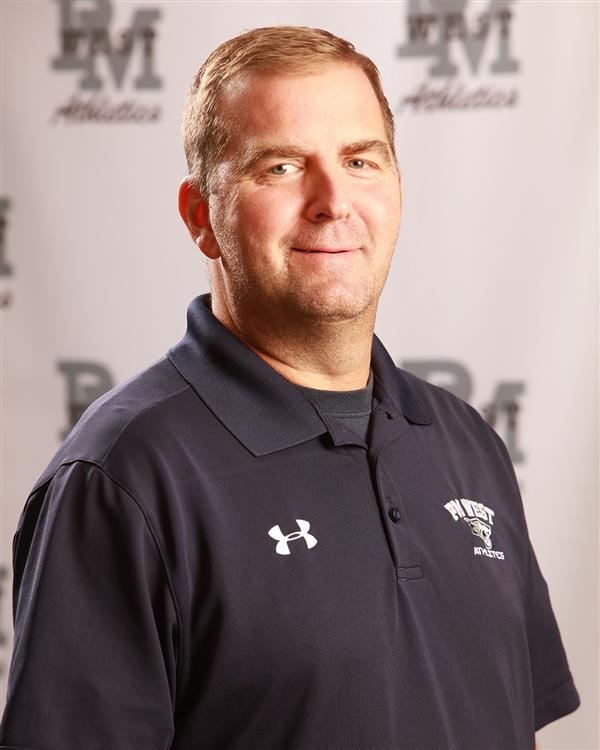 Mike DelGrosso has been the Pocono Mountain West Athletic Director since the Fall of 2017.  He took over for the longtime coach and legend, Mr. W Bradley Pensyl.  Mr. DelGrosso brings to the job a vast experience of Athletics and teaching.  He began his teaching career at the original Pocono Mountain High School in 1992.  He transferred over to Pocono Mountain West High School in 2002 when the school opened.  Mr. DelGrosso was appointed the Equipment Manager, Head Golf Coach and the Assistant Boys Basketball Coach during the school's first year.  He held those jobs for over a decade, and coached basketball for 15 years (25 in total).

During his tenure at PM West under Mr. Pensyl, Mr. DelGrosso was game manager for various events such as football, soccer, field hockey, and baseball to name a few.

Currently, he collaborates with the athletic staff on many events including Senior Night, Homecoming, Think Big, Stacy Perryman Memorial Holiday Tournament and Inspiring Individual Night.  Mr. DelGrosso is known for his support of academic achievement, and is presently the advisor of the Pocono Mountain West Student Athletic Character Council (SACC).  He has abundant experience in athletic game and season scheduling, game management, site coordination, equipment management, and contest and special events planning and execution.

Education: Master of Science Degree in Computers in Education from DeSales University 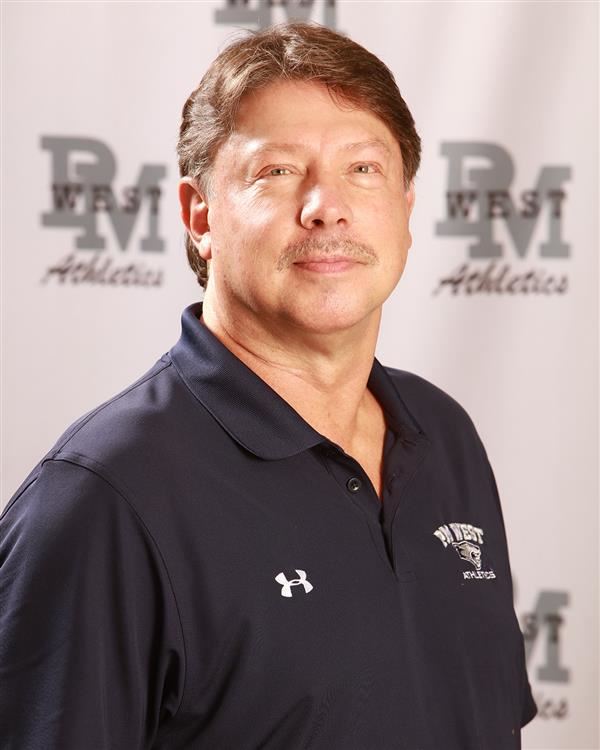 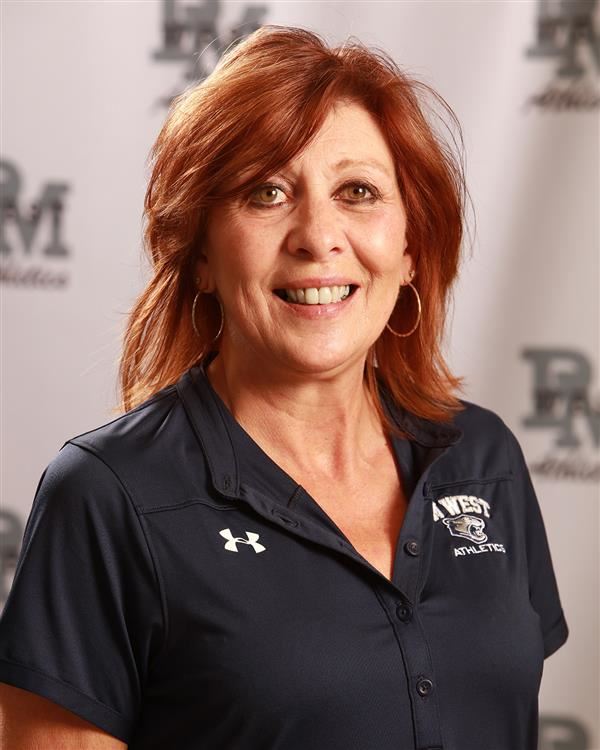 Irene Refolo began working for the Pocono Mountain School District in 2002 as an Administrative Assistant in Transportation.  Irene became a member of the Athletic Department in January of 2014.
Mrs. Refolo and her husband Joe are residents of Pocono Lake since 1990.  They have three children who all graduated from Pocono Mountain West High School where they participated in various sports and activities. 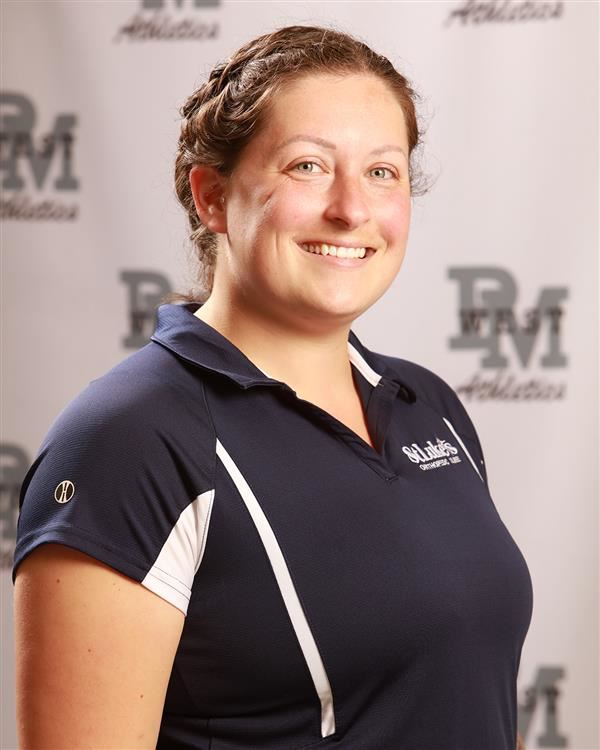 Evelyn received her Bachelor’s degree in Athletic Training from East Stroudsburg University in 2012. She then received her Masters degree in Sport and Exercise Psychology from Lock Haven University in 2016. She is a certified Athletic Trainer by the BOC (Board of Certification) and licensed as an Athletic Trainer by the Pennsylvania and New Jersey State Boards of Medicine. She joined the St. Luke’s Sports Medicine team in 2016. Prior to 2016, she worked at Pocono Mountain West High School as an Athletic Trainer for 4 years. After joining St Luke’s, she worked at Dieruff High School in Allentown, PA before returning to Pocono Mountain West in 2020.
Evelyn’s previous experience includes working as a lifeguard, EMT and Ski Patroller at local Pocono resorts. She has been involved in emergency medicine since the age of 14 and enjoys inspiring young people to get involved as well.
Evelyn is a CPR certified. She is also a Stop the Bleed instructor and is certified in Mental Health First Aid.
In her free time, Evelyn enjoys spending time with her family, traveling, and scuba diving. 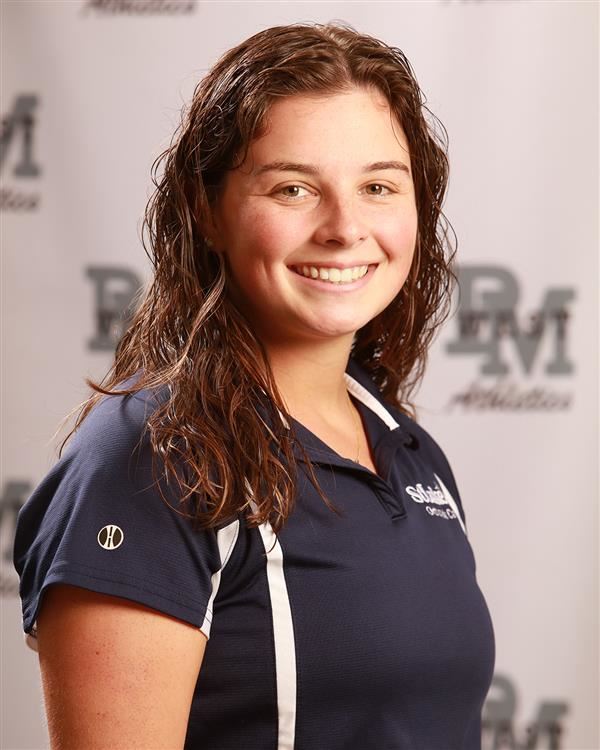 Molly received her bachelor's in Athletic Training from Marywood University and Board Certification from the National Athletic Trainers' Association in 2020. She is a certified Athletic Trainer by the Board of Certification and licensed as an Athletic Trainer by the Pennsylvania State Board of Medicine. Molly Joined the St. Luke's Sports Medicine team in 2020. She is currently part of the Athletic Training team at Pocono Mountain West.
While receiving her undergraduate degree Molly had the opportunity to practice clinically with Lackawanna Junior College, Mid Valley high school, West Scranton high school, and Abington Heights high school. She also had the opportunity to volunteer as a medical professional at the Steamtown Marathon and the Scranton half-marathon.
In her free time, Molly enjoys saltwater fishing, long walks with her dog, and spending time with her family.

Aaron earned his bachelor’s degree in Athletic Training from King’s College and Board Certification from the National Athletic Trainers’ Association (NATA) in 2020. Aaron additionally holds a bachelor’s degree in Communications with a minor in Business from Keystone College in 2011. Aaron is licensed as an athletic trainer by the Pennsylvania State Board of Medicine and is certified as an athletic trainer by the BOC (Board of Certification). Aaron earned his CSCS (Certified Strength & Conditioning Specialist) from the National Strength and Conditioning Association (NSCA) in 2019. Aaron is also certified as a pharmacy technician by the Pharmacy Technician Certification Board (PTCB).

Aaron is a devoted husband and father and enjoys spending free time with his family. In his spare time, Aaron is a competitive powerlifter, martial artist, and a guitar technician for his friend’s Wilkes-Barre native horror-punk band. He also enjoys sitting down with a good book. 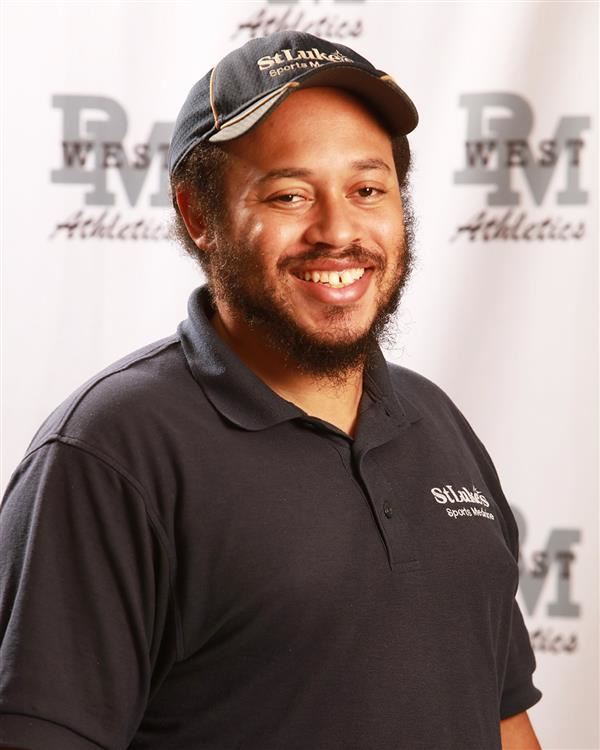 Before returning back to his alma mater and joining the sports medicine staff at Pocono Mtn. West High, Terrance served as the Athletic Trainer at Jim Thorpe High School, Raub Middle School and in the Allentown Area School District. Terrance has work experience as an Athletic Trainer with various baseball camps and showcases around the state.

Terrance is CPR and First Aid certified through the American Heart Association . He is also a Stop the Bleed instructor and trainer. Terrance has served as an Emergency Medical Technician in the Northeast and Southwest PA region.

In his free time, Terrance enjoys spending time with his family, traveling, going to the theatres, concerts and professional NY sporting events.